This section consists of any alterhuman and/or plural related comics we have created. 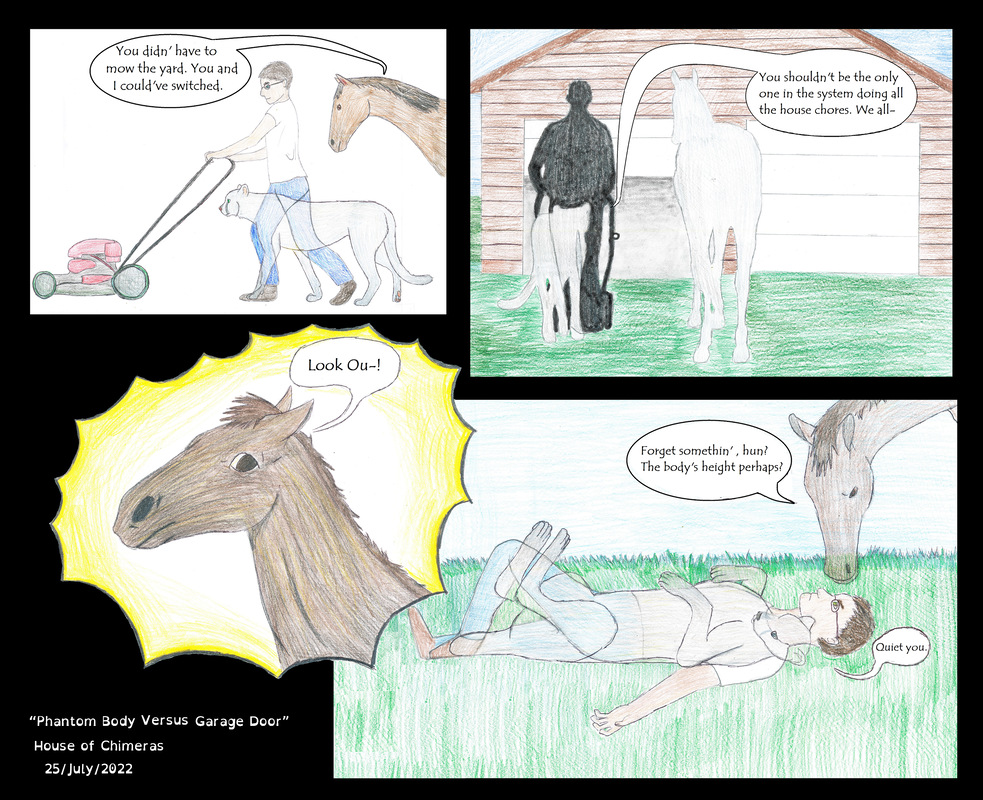 A comic based entirely on an actual event that occurred some years back between two of our system’s members, Miushra (the cheetah-like feline) and One-White-Sock (the horse). Miushra nearly knocked us out after mowing our yard because she failed to take into account our body’s height while going under a not fully raised garage door. Our system experiences full phantom bodies rather than phantom limbs and people in our system can “project” as well as just front, as depicted in the comic. Both these things (among others) can cause some rather interesting daily life interactions as this comic gives an example of.